An HSM Shredder that will shred WHAT?

So you’ve probably seen the “Office Space” movie written by Mike Judge.  Being an Office Junkie, one of my favorite scenes in the movie is: 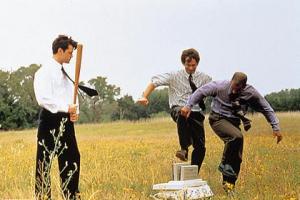 in which workers at an office take out their frustrations on a not-so-innocent office machine.  While the Motley Guy does not condone harming office equipment, he did think the scene was humorous.

But to my point: There are times in the office when destroying machines or machine parts is necessary.  Let me explain.

These guys may have destroyed the machine, but if it was a copier they were destroying, and that copier was built after 2002, they could have done much more damage.  All copiers built after 2002 have a harddrive installed in them that contains copies of every image ever recorded on it.  These guys beat it with a bat, kicked it, even spit on it, but information could still have been taken off that harddrive.  The best way to destroy the harddrive is with the new HSM Hard Drive Shredder. The HSM HDS-230 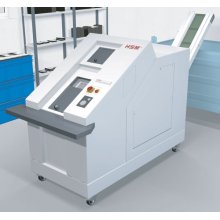 This 1,000 lb shredder can destroy into tiny little pieces hard drives, magnetic tapes (up to 3.5″), CDs/DVDs, Discs, and USB Sticks.  It has a conveyor belt for the discharge and is built for continuous operation with high throughput capacities.

Another new innovative product from Hermann Schwelling Machinery (HSM), the HSM HDS-230 is made in Germany and is built tough.  HSM is a leader in energy efficient products and the HDS-230 is not lacking in energy-efficient performance.

This is available single stage or dual stage – basically, how small do you want the shred?

This shredder is now available – it was long awaited and now the wait is no longer!

Help to Kick Cancer with HSM!

Protect Yourself with HSM!

How Can Something Be Triple Safe ?? 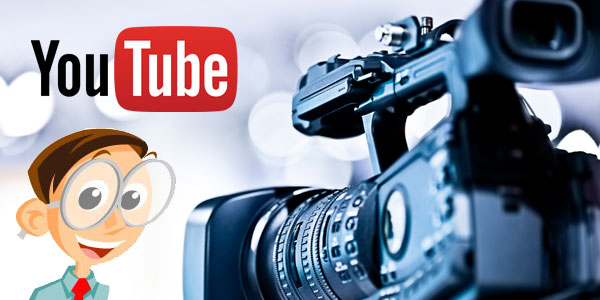 Warning: Invalid argument supplied for foreach() in /nfs/c06/h07/mnt/88862/domains/themotleyguy.com/html/wp-content/plugins/viperbar/client/front_main.php on line 355